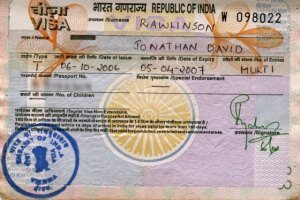 As many as 6,000 blank but approved Indian visas have been reported missing in London increasing security threats, it has been reported. These official blank visas were issued by the Indian Ministry of External Affairs for delivery to the Indian High Commission in Aldwych, London.

The blank Indian visas were reported missing on September 3, 2012, 16 days after they were printed at the Indian Security Press in Nashik.

According to an article on India Today, the shipment which arrived at London Heathrow was not received by an authorised staff but instead was collected by a local courier company. It added that the MEA officials in London think that the visas were stolen on its way to the high commission.

The details of the courier company or the person collecting the shipment have not been revealed. It is also not clear who is being held responsible for the missing visas or what action the Indian High Commission or MEA is taking.

The matter has been reported to the London Metropolitan police and is currently under investigation by the Diplomatic Protection Group at Metropolitan Police.

Security fears have been raised in India over the potential misuse of the blank authorised visas to enter the country illegally.

The 6,000 blank Indian missing visas are part of the 50,000 visas that are scheduled to be delived to the Indian High Commission in London from India.