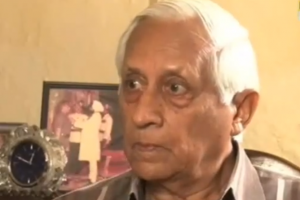 London Metropolitan Police have arrested ten men and two women so far in connection to the knife-attack on Indian General Kuldip Singh Brar near Oxford Street on Sunday, September 30. The Scotland Yard investigation on the incident is still on.

On Friday, October 5, officials from the UK’s Counter Terrorism Command arrested eight people including one woman in connection with the investigation into the attempted murder of 78-year-old Brar. A day earlier, four people including one woman were arrested. In addition, a number of search warrants have been executed in connection with this investigation.

Retired Indian Lieutenant General Kuldip Singh Brar was stabbed in Old Quebec Street, near the junction with Oxford Street last week. Brar, who commanded the controversial Operation Blue Star raid against Sikh separatists at the Golden Temple in June 1984, was in London on a visit with his wife. He has now returned to India.

It is not yet clear if the attackers were motivated by Brar’s involvement in Operation Blue Star.

While this is not the first time, Brar has come under attack, the police have said that “there has been a great deal of speculation about possible motivation for this attack but Scotland Yard detectives have maintained an open mind regarding the motive for this attack”.

Brar was assaulted with a knife or sharp implement by four men and suffered a wound on his neck. His wife was not injured in the attack, according to the police. He was admitted in the hospital the same night and was discharged the following morning.

On Friday, at 00:30hrs two people – a 42-year-old man and a 38-year-old woman were arrested at a residential address in Hillingdon borough.

Half an hour later, three more men, aged 30, 37 and 42 were arrested on suspicion of conspiracy to murder the Indian Army man. The three arrests were made on the street on Queensdale Road, in Kensington and Chelsea borough.

Later, at the crack of dawn (around 5am), the Metropolitan Police officials arrested three more men including one who was just 20 years old in relation to the attack that took place last Sunday.

Four Asians held on October 4 in connection to Brar's attack

The police arrested one man and one woman on Thursday at around 5pm BST at a residential address in Wolverhampton. These two people were the British police’s first arrests on the attempted murder case.

On the same day, the police arrested a 34-year-old man and another 25-year-old man in connection to the murder after a car was stopped on Heath Lane in West Bromwich.

The arrested men were described as being of Asian appearance, and were wearing dark clothing and long black jackets. They all had long beards. One of the men is described as younger and slimmer than the other three. They all fled in the direction of Oxford Street, the police said.

The investigations will continue until substantial evidence is found, the police said.